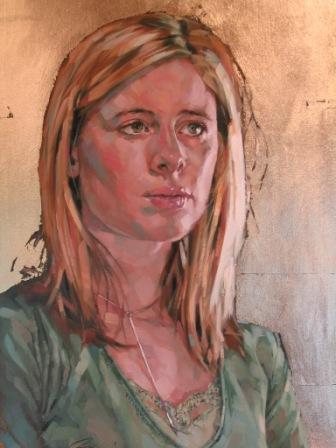 Simon Davis was born in Stratford upon Avon, Warwickshire in 1968.

Simon Davis studied illustration and graphic design at Swindon college of Art. Following that he worked in graphic design studios between 1989 and 1994.

Simon Davis has worked as a professional artist for the last ten years illustrating for contemporary comic books in the UK and the USA. Much of this modern fully painted comic strip work has been syndicated worldwide and collected by Hamlyn in the UK, Egmont in Germany and DC Comics of the USA.

Simon Davis has also produced Storyboards for many music videos and TV advertisements including, Levi's, Barclaycard and BBC1 Extra, and illustrations for the BBC 'Cult' website.

Simon Davis currently exhibits at Red Rag Modern British Art Gallery and RBSA where he won the Tanner Charitable Trust Prize in August 2004 with his contemporary painting, Sarah and Rosie. He lives in London and is the current Vice-President of the Royal Society of Portrait Painters (VPRP) where he has recently selected pieces for the annual show at the Mall Galleries.

Artist Simon DAVIS is one of a growing number of artists whose modern art works feature at Red Rag Gallery in Bath. Modern art work from Simon DAVIS is regularly exhibited at the Bath art gallery which also offers an extensive choice of modern art, contemporary sculptures and collectible art prints from other present day artists.

For larger images plus price and size information about modern art works from Simon DAVIS which are featured on this page simply click on the image of each art work. Art works for sale from Simon DAVIS can be viewed at Red Rag Gallery in Bath which is open seven days a week for sales of modern art from present day artists

Should you wish to buy or require further information about modern art from Simon DAVIS please contact/email Red Rag Modern Art Gallery or alternatively contact Red Rag on the number below.